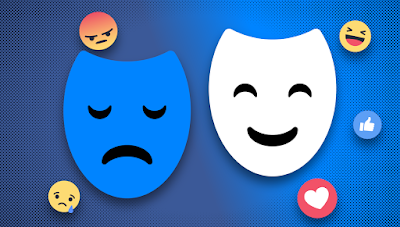 Facebook plans to make sweeping changes to its algorithm in order to make a positive shift to friends posts while also limiting the coverage of adverts, news media posts and other related public feeds.

The general body language of the popular social media company is that of optimism, as its CEO Mark Zuckerberg, is convinced by his strong bid for more growth. He revealed on his wall “I’m changing the goal I give our product teams from focusing on helping you find relevant content to helping you have more meaningful social interactions.” This move by Facebook will reward its end-users with a feeling of greater satisfaction, caused by exposure to more interest-based post, as opposed to countless unrelated ones.
Those expected to get hit hardest the most are the Publishers, this is because contents of public nature will be filtered off, in otherwords they will not be shown as frequently as before. This appears to be in line with the company's policy of bringing more family-friends related content to users. Publishers are going to be very disturbed and honestly lost as to how they will figure out a way to innovate and streamline themselves with this new directive.


Research made by various groups has revealed that mindless browsing of posts on Facebook at the expense of actively chatting with friends is detrimental to users health.  Zuckerberg hammered on the concept that “Protecting our community is more important than maximizing our profits,” and later wrote that “We feel a responsibility to make sure our services aren’t just fun to use, but also good for people’s well-being.” all these made known at the Facebook’s Q3 earnings call.

There's a lot of heated debate ongoing about the entire decision taken up by the social giant; which include media houses stating that granting facebook users more access to news  even if it generates fewer comments than friends’ photos or celebrity gists, will connect more people together. on the otherhand, Zuckerberg believes that the right thing for the company to do is to phase-out activities which disrupts its core values of connecting people together, as in this case its decision to purge frequent occurrences of public ads and posts.

Facebook assures us that certain categories of news which creates much Public tension will still be shown actively as they generate a lot of comments and shares. Facebook pages  will see a huge drop in referral traffic though and overall video watchtime also, sadly many businesses which have become too dependent on Facebook may reduce their workforce as public ads and news posts  will be taken down little by little. A lot of people will react in various ways some happily, others not quite so particularly publishers but one thing is certain, this new order will serve as a bedrock of future developments to build on. Facebook is unique in its own right because it seems to be more concerned about the wellbeing of its users than it's ambition to increase profit margins. 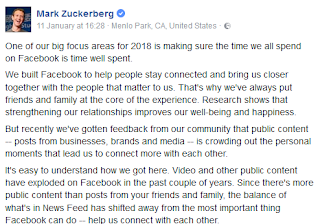