Apple Touchbarless 12in MacBook And 13in MacBook Pro 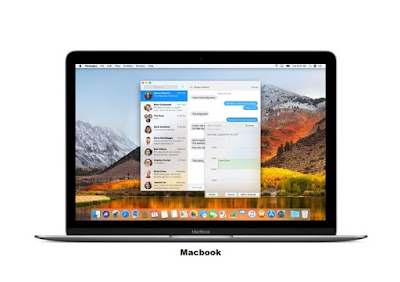 The Macbook pro and the super-slim MacBook are two Uniquely crafted Laptops by Apple released in 2017. Whether you're a college student or a premium user of sophisticated Laptops, with these superior-graded systems get ready to have your mind blown away. The MacBook's screen size is 12-inches wide, backed with an Intel Core m3 processor clocked at 1.2Ghz. A couple of upgrades were splashed on the system including; 8GB of RAM, 615 GPU HD Graphics from Intel, and a flash storage of 256GB. This generation of Macbook has been discovered to be built with low-power processors, which is great for battery life and it also ensures that the system maintains a cool temperature. But, the drawback here is that of the laptop operating at slower speeds.

The MacBook Pro, has shown itself strong in a lot of ways, enabling one to watch movies and edit them in a smooth manner. The gadget is up to the task for any everyday use you may desire from it. 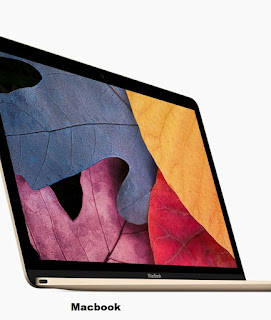 It's light to carry, having a similar design with it's predecessor. Powerful enough to have different apps running on it at the same time, without the device developing any slight hick-up. At a 12-inch screen length span, the Macbook is excellent at dishing out high quality displays, not bad for movie enthusiasts, but the screen’s colors are not as bright in contrast with the MacBook Pro’s which is however not noticeable unless stacked close to one. MacBook’s stereo speakers emit crisp and fantastic sound quality but they are not nearly as close to what actual stereo speakers sound like, they on the other-hand permeate the air in the sence of a lone sound source. Battery life is good although we can't say they are there yet, as there is clearly room for improvement, owing to Apple’s estimated 10 hours of  usage time.

A Headphone jack is seen featured in it along with a single USB-C port, which is dependent for power use. That means that you will need to buy a minimum of one adapter for any peripherals you may own. If you're the type who mainly do tasks which are not graphics demanding such as watching videos, multitasking between project works, photoshopping, mild-graphics gaming and more, then you've got the right deal. 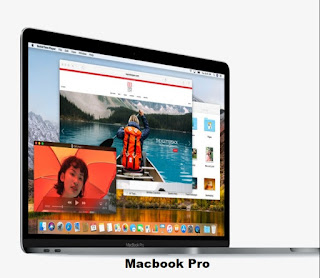 The second other is the MacBook Pro, the higher end Laptop which is very typical of Apple-grade Laptops.it has a higher-power processor, multiple ports (though two out of three of them are still USB-C), and a bigger screen. More compact than the Macbook Air but with the same 13.3-inch sized screen, yet bigger than the Macbook. It features a bigger screen set to keep you more digitally immersed with engaging vibrant colors. Painfully, the Pro doesn’t include Apple’s fancy new Touch Bar and Touch ID for logging in and buying things from iTunes, the App Store, and the web.

The $1,299 MacBook Pro's processor is a 2.3Ghz Intel Core i5 with turbo boost up to 3.6GHz, 8GB of RAM, Intel’s integrated Iris Plus Graphics 640, and 128GB of flash storage. This storage space is low by today's standards but you'll be more than likely to put up with storage drives or cloud storage. The MacBook Pro feels heavier and less portable than the Macbook.  It weighs 3 pounds same as a MacBook Air, its weight is noticeable albeit not an issue when you'll be commuting to school or work. The battery packs the same Apple's theoretical 10-hour usage time, when put to test however it peaks at 6 hours under heavy use. This can be attributed to its more advanced processor. It's Processor is capable of running high-graphics demanding applications and games simultaneously without any slight delay, though don't expect the same level of performance with a dedicated gaming Laptop. MacBook Pro's speakers resonates more with the environment. Unfortunately, we're still stuck with the 128GB of flash storage on the system.

If what you desire is a system which can help you easily organize your documents and run Simple Applications along with averagely-demanding graphics Softwares, powered by more powerful battery life then the Macbook fits your taste. For the MacBook Pro, it does all the earlier stated functions and a few more, such as handling heavy-graphics applications seemingly-reliably but not perfectly. If the Mac Family of computers with all its high-quality hardware and software sets still don't meet your requirements please get acquainted with the Microsoft Surface Laptop because it does feature a lot of extra advances in its hardware configurations like doubled RAM size, Speedier Processors, and quadrupled storage memory size.