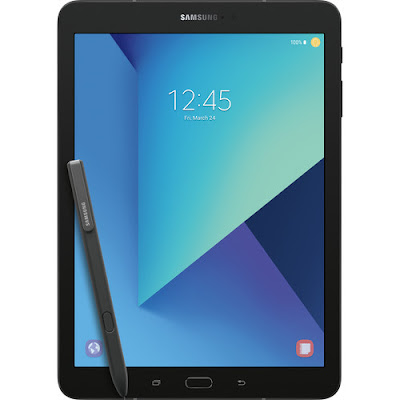 Samsung Galaxy Tab S3 is perceived by the Tech community as a rival to the iPad pro. They both have 9.7 inch High Resolution displays at 2048 X 1536, four speakers, 32GB of internal storage, finger print sensors, retail for $599, 0.24 inches thickness, along with keyboard case and stylus.

The Tab S3 is a comfortable piece of hardware to work with, a tablet up to various tasks of fulfilling your daily expectations. whether you're trying to watch a movie or do things you may not be able to carry out well enough on a regular smartphone due to its screen limitation, all thanks to the Tab S3 larger screen and high resolution you'll be more likely to get things done in a more relaxed manner. That extra efficiency one gets from the Tab S3 will cost you $730 though, because at that price it comes bundled with its keyboard case.

Its  one of those rare tablets capable of blending into ones personality like the iPad pro, all due to the S3's thin and light body, its ability to switch between various average processor-demanding applications and games with no lag not even slightly. 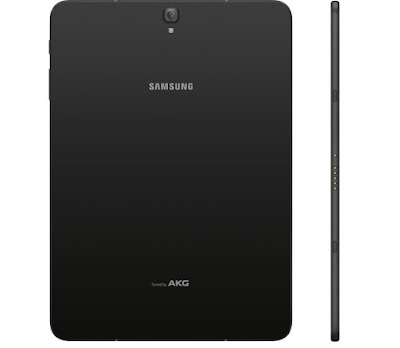 The Tab S3's front and rear cameras are quite good however as an iPad pro-killer it is not. Photos taken by the Tab S3 appear a bit blurred and edited, but it still stands tall among other high-end camera tablets. While the the speakers appear correctly positioned (at the top and bottom of the tablet), sounds seem to get blocked or diverted to either sides of the tablet instead of it arising from a centralized source whenever the tablet gets held in landscape mode. This might be a bit of a frustration for one as one tries to watch a movie. 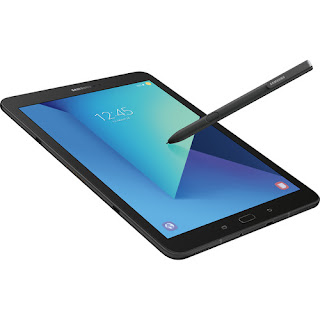 comes bundled with its stylus as Samsung has always done with previous generations of tablets and smartphones. This is an added advantage for Tab S3 users as Apple’s Pencil sells for $99 which is an added overhead cost to the average user. You will however, need to buy a case to store it when not in use because there is no provisional space to store it in the Tab S3, which is a good thing at least with respect to its pen-like size which provides one with a better grip as opposed to thinner variations found in Samsung phones. The stylus is fantastic when working with it because it enables a user to do a range of cool things like; note taking, making artistic  drawings(with the help of a dedicated drawing app), skimming through pages of PDF's documents, opening of apps and selection of letters on the onscreen keyboard through tapping, and a whole lot of others. The functionality of the S pen is vast as Samsung has really got a lot of things right this time around. What's more interesting is that the S Pen can be used to create GIFs by dragging a box over a video in play, crop people and any preferred image from a larger surrounding image as well as mark up screenshots. 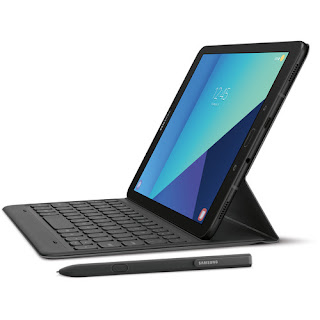 To get the Tab S3’s keyboard you will have to let go off an additional $129.99. It enables you to get the most feel out of the tablet. It serves a couple of purposes as a case, pen holster and tablet stand. The keyboard feels excessively reduced in size and makes one feel really squeezed up. Continuous Typing with the Tab S3 keyboard can make the hands get tired after a couple of minutes which makes it a little less of an experience in contrast with that of a laptop. It does have a soft key texture and clicky key sound though which makes more than likely to put up with.

To put all matters to rest, the Galaxy Tab S3 is a good tablet but it does not boast of the same volume of high-quality apps that are at the disposal of the iPad pro, due to the Tab S3 being powered by Android (which is still yet to achieve the same level of status as IOS). A multitude of apps which one may tend to use everyday on the Tab S3 do not work in  split-screen, which degrades users experience. Samsung has optimized the android operating system to work more seamlessly with the Tab S3 but it  still falls short when compared to the harmonious interaction that goes on between IOS and the iPad pro. The Tab S3 is good, but not as great! as a modern Laptop. Multitasking issues witnessed in previous generations of Samsung tablets can't be said to be a thing of the past as lagging still occurs when one tries to switch between a range of intensive apps. It does conclusively stands as a hybrid in the traditional sense of half Smartphone-half Laptop.