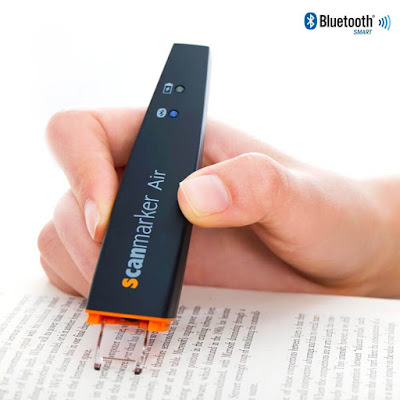 Can you remember when the X-ray was invented? well of course you can't because you weren't born then. However, like all other revolutionary products of technology, the ScanMarker Air Scanner is one device set to blow your mind away. 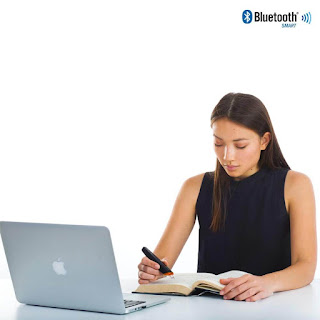 For note-takers (Secretaries you're involved!) the ScanMarker Air is a device built and designed with you in mind. Officially named "ScanMarker Air Wireless OCR pen Scanner", it does a lot of cool things your average Pen or scanner can't do.

If you happen to be in the process of organizing a report or highlighting of key texts from different sources (books, printed articles and many more), the ScanMarker Air will certainly stand as a must have. It enables you to scan text wirelessly via Bluetooth (one line at a time) at a quick pace of one line per second. It then turns scanned data into a raw image, with which it then employs its inbuilt Text recognition OCR Technology to transform it into text format again as it conclusively inputs the transformed text into any input field of ones choice such as; a Tweet post, presentation slide, word doc, CSV file and countless other file formats. 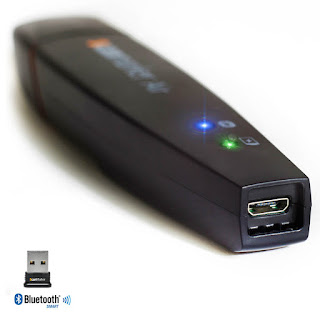 ScanMarker Air does rock! Nonetheless, whichever way one may choose to put matters to rest, firmly makes the declaration of this technology product stand as the ultimate game changer among all other devices of its kind, but that's not all the Text-scanner is capable of. It also brings to life the ability to edit scanned text and reads it back to you aloud, after translating it into a language of your choice. There are more than 40 languages to choose from and select as your default one. When all seems to have been said and done, it then makes its innovative mark by either sending scanned information to a smart phone application, delivering as an email or uploading to the the cloud across similar-interest platforms(Dropbox, Google Drive, iCloud, Microsoft Azure, Amazon cloud).

Its battery life spans for nearly 7 days of typical usage before it  will need to get recharged. It is Light-weight (as you can see in the photograph it almost gets engulfed by an average human hand and can comfortably fit into your pocket, suitcase or handbag as the case may be. 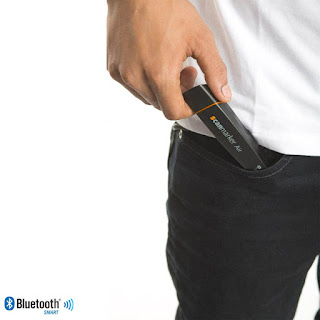 The ScanMarker Air originally retailed for $119, but now costs $89, all thanks to a $30 price reduction in its manufacturer deal offer. If you tend to be a bit picky in colors;  the ScanMarker Air launches in white, red, pink, sky blue, black and aquamarine colors. However, don't forget to make your purchase as soon as possible, as the offer is limited.