NASA On Track To Retrieve More Data Of Our Star: The Sun 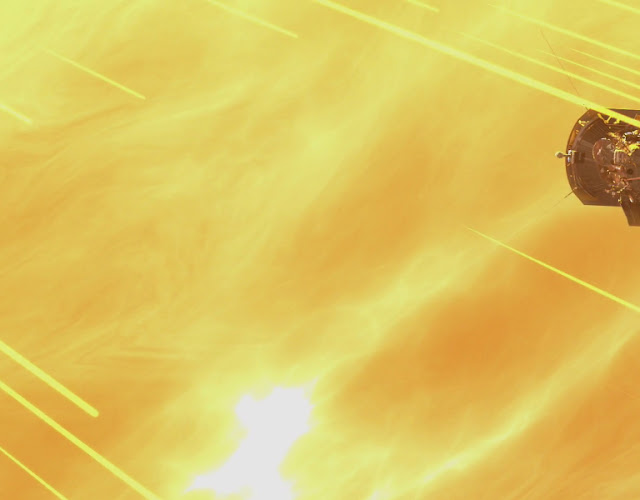 NASA ceremoniously launched Parker Solar Probe back in the August of 2018, a satellite designed to beam back useful data recordings to earth, to broaden observations initially made by scientists on the sun. Prior to this date, the probe had made quite a number of notable strides but among the array of amazing feats none stands out much better than its most recent; its hailed complete orbit of the sun.

History was indeed made on the 19th of January when the spacecraft circled the sun and  passed the circumferential starting point of it's fiery journey. The radius of orbit of the spacecraft around the sun will shrink overtime as scheduled by NASA and is expected to continue it's orbit around the sun continuously in the coming years.

The Parker Solar Probe team at NASA lost radio contact with the probe occasionally as it trailed behind the sun during its first lap. Despite the hitch in relaying communications, the probe stayed operational, feeding the team with rich amounts of data only after making a reappearance from the obscuring star.

Speaking of data, the probe delivered 17 gigabytes of it with more yet to be reported, NASA still sits with expectations of periodic doses of data feedback between now and April.

A good 7 years span of non-stop data recordings are projected to spring out from this space mission with the probes estimated number of future orbits to be well around 24, with each succeeding orbit being smaller than the previous one, getting ever closer to the sun. NASA designed the probe to smoothen out rough edges currently limiting our understanding of the way solar winds are generated, including workings around how energy is released from the Sun into space, solar weather processes and coronal mass ejections outflow to say the least.

I think it's just a cool move from them