evaluations, in light of the company’s new flagship Mate 10 Pro against the Apple Iphone X, in their CES keynote, bluntly revealing major areas in which their device exceeds that of Apple. Due to a collaboration with Porsche Design, the Smartphone gets a Luxurious rebranded look. This affirmatively elevates Huawei's company Profile and puts it on the same table of Discussion with the likes of other High-end  Smartphone companies.

Reports have it that the company has chosen to Extend its partnership with Porsche Design (a design firm), as a result of high demand for previous models. Mate 10 Pro originally comes with a heavy price tag of $1,225 but is relatively sold at much cheaper rates across the US. This shouldn't cause you to skip a heart beat though, for its worth it, as this device is entirely custom-designed. It models a unibody glass design, an exclusive DiamondBlack color with customised User Interface.

256Gb of storage is befitting for a device of its status, being double the size that of Mate 10 Pro’s. Basic accessories are packaged in-box along with a protective exquisite leather case designed by German luxury company Montblanc. 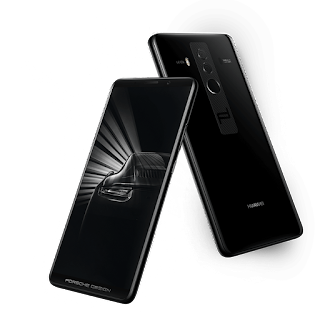 The Luxury Smartphone has its release date slated for February 18 likewise the Mate 10 Pro, and they both will be available at Amazon, Microsoft, Best Buy and consequently, Porsche Design Stores in the United States at the close of February.