Apple iPhone 11 review: The iPhone you should own

January 19, 2020 By StarklyTech
The latest smartphone from Apple!

Apple keeps making great products and the iPhone 11 is one of a variety of premium gadgets which the California-based tech giant has released so far.

To recap, the iPhone XS and XS Max were higher-end versions of Apple's 'X' 2018 range of iPhones. They were really awesome smartphones that got us all wowed at the time, with the iPad Pro raising a lot of eyebrows to everyone's astonishment.


It is obvious that Apple consistently phases in budget-friendly iPhones along with its flagship smartphone models for each generation of the iPhone dating back to the days of the iPhone 5c and the iPhone SE, up to the era of the iPhone X -as well as with a bit of inspection, the iPhone XR which was even known to feature premium specs at a much lower price tag. It was basically Apple making sure it's iPhones found its way into the hands of lower income users -in essence expanding its market share.

And yes! Apple has continued in that trend by revealing its array of iPhone 11 variants. The latest iphone has got a new camera, bits-upon-bits of improvement and has a starting price of $699. There's a lot to take from this, as you'll be able to have in your hands an advanced iPhone at a partly reduced price. 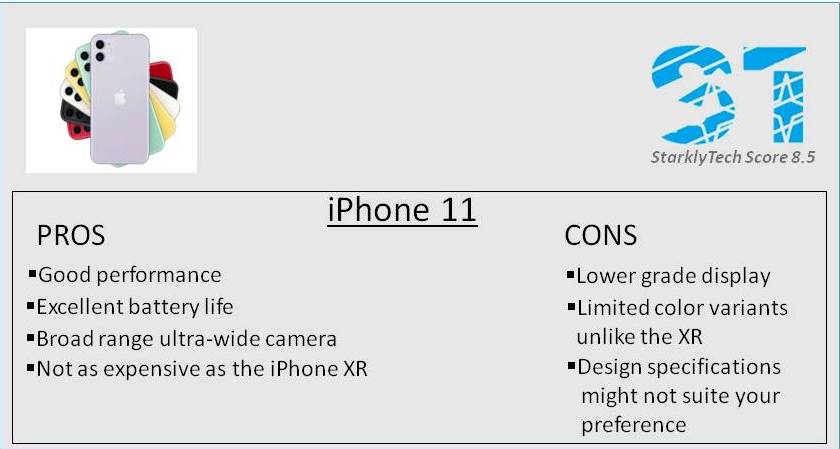 The iPhone 11 is unarguably your ticket entrance to own one of Apple's latest smartphones. It is $50 cheaper than the least expensive of iPhone X series, but if you own an iPhone XS or XR then you might not need to switch to the iPhone 11 base model. Unless of course, you might prefer sticking with one of the latest iPhones from Apple, which by the way makes the iPhone 11 base model quite affordable at a price tag of $699.


There were instances were people got really confused in trying to understand the branding Apple bestowed on the varying "X" models of the iPhone, the iPhone XR was the base model as the current iPhone 11. This time around Apple named the least iPhone model as the "iPhone 11" which honestly, is a more convenient way to distinguish between base iPhone models and flagship models, unlike the "X" series which wasn't intuitive to know. 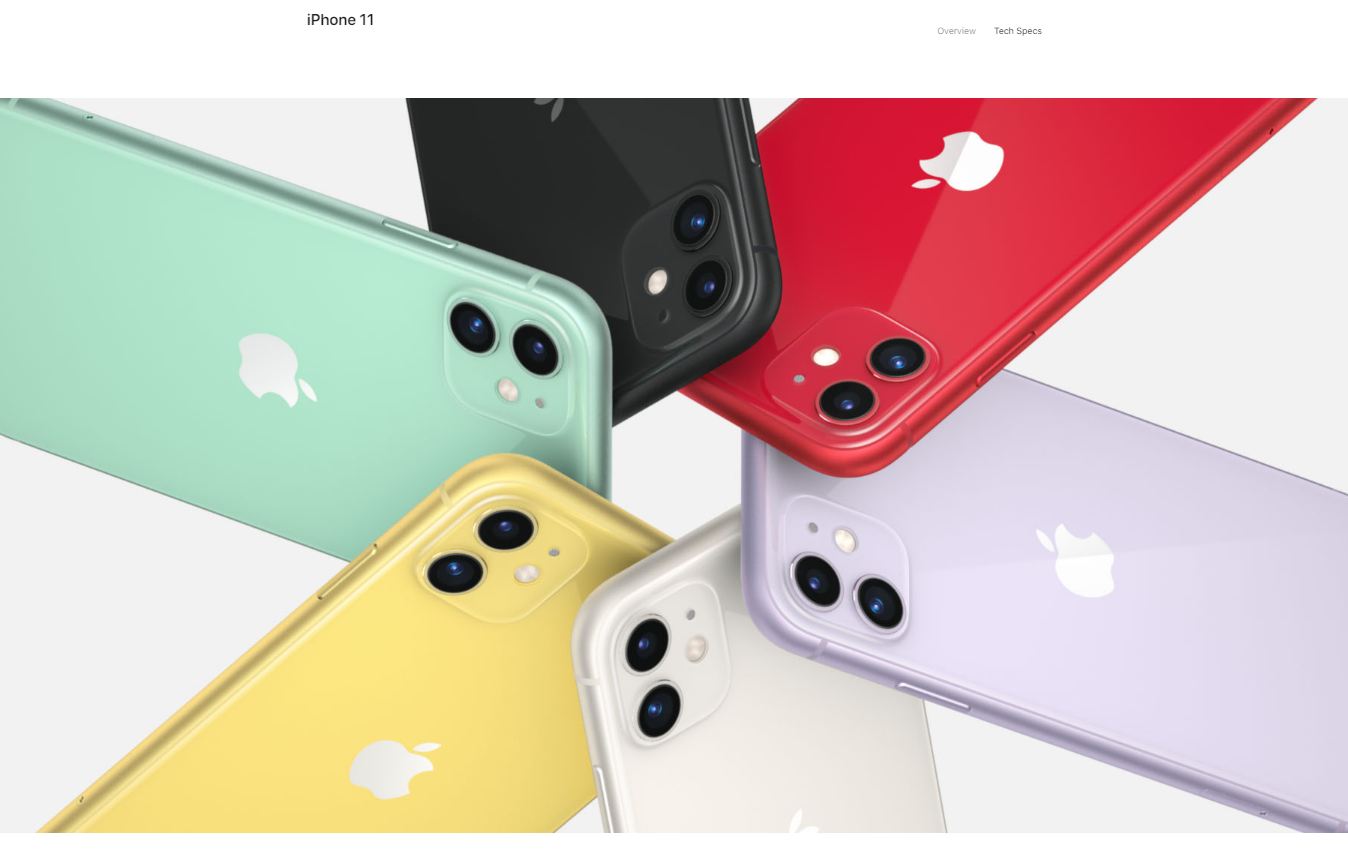 The iPhone 11 retails in black, white, Meyer yellow, minty green, red and lavender finishes. Blue and coral colors have been phased-out. iPhone 11 has its frame built with aluminum rather than stainless steel, it features a bulkier build than the iPhone 11 Pro and Pro Max and still uses the basic Liquid Retina display
(LCD) seen in iPhone XR model. The XR had a resolution of (1,792 x 828) which by retrospect is the same of that of the base iPhone 11 model. You shouldn't be too worried about that because the Liquid Retina display of iPhone 11 is impressive and not much different from the better displays of iPhone 11 Pro and Pro Max.

A whole lot of sound improvements are observed from the speakers; its clearer and louder. There's also standard water and dust resistance built into the iPhone 11's build -iPhone 11 is able to remain in 100% good condition even when submerged in water at a depth of two meters, it can keep this up for a maximum of 30 minutes.

The iPhone 11, Pro and Pro Max models all use a 12MP ultra-wide camera. This is quite different from what reports had of it being a telephoto camera. However, the iPhone 11 camera gives a true scene of coverage and picks out more detail than the XR (with its single camera). A revamped camera design is seen here, it takes excellent shots with increased speed, has more color recognition and is perfect for taking pictures in low-light conditions (you wouldn't tell if it was a pic, shot in the dark or at night, safe for the night sky which could give you away!). Anyway, Apple says that's all possible due to its wide f/1.8 aperture and optical-image stabilization.

If you're comfortable with your current smartphone (which isn't an iPhone 11), you might want a rethink as the iPhone 11 has an improved Smart HDR which isn't just that, this feature makes facial looks and an accompanying environment more naturally toned. Photos can be tweaked with a wider range of tuning capabilities,
like the High-Key Light Mono effect among many other effects. A couple of other smartphone makers Samsung for example, are popular for having more dynamic range picture controls.


Its new ultra-wide camera shoots with a 120-degree field of view, suitable for landscapes and even photos likely to be taken in confined areas. You will observe that shots taken do not show as much detail as what's obtainable from the regular wide camera, which is even worsened by darkened environments -the sensor seems to trigger a less than perfect snapping experience here due to its smaller aperture, not bad though. The ultra-wide camera and the regular wide camera both display peak picture quality, so this won't be a noticeable issue at all, i.e if you are not trying to make any analysis between both cameras. Generally speaking you'll be thrilled with the camera performance of the iPhone 11 as reflected on its screen display.


The iPhone 11 has background-blurring Portrait setting achievable due to its second camera. In the previous generation, the XR had just one sensor that heavily depended on software to pick out human facial looks from the background and than fill the surrounding background with bokeh. Well, the current technology which the iPhone 11 camera packs, will make it possible for the portrait effect to also process images with non-human (animal) faces as it wasn't so with the XR. 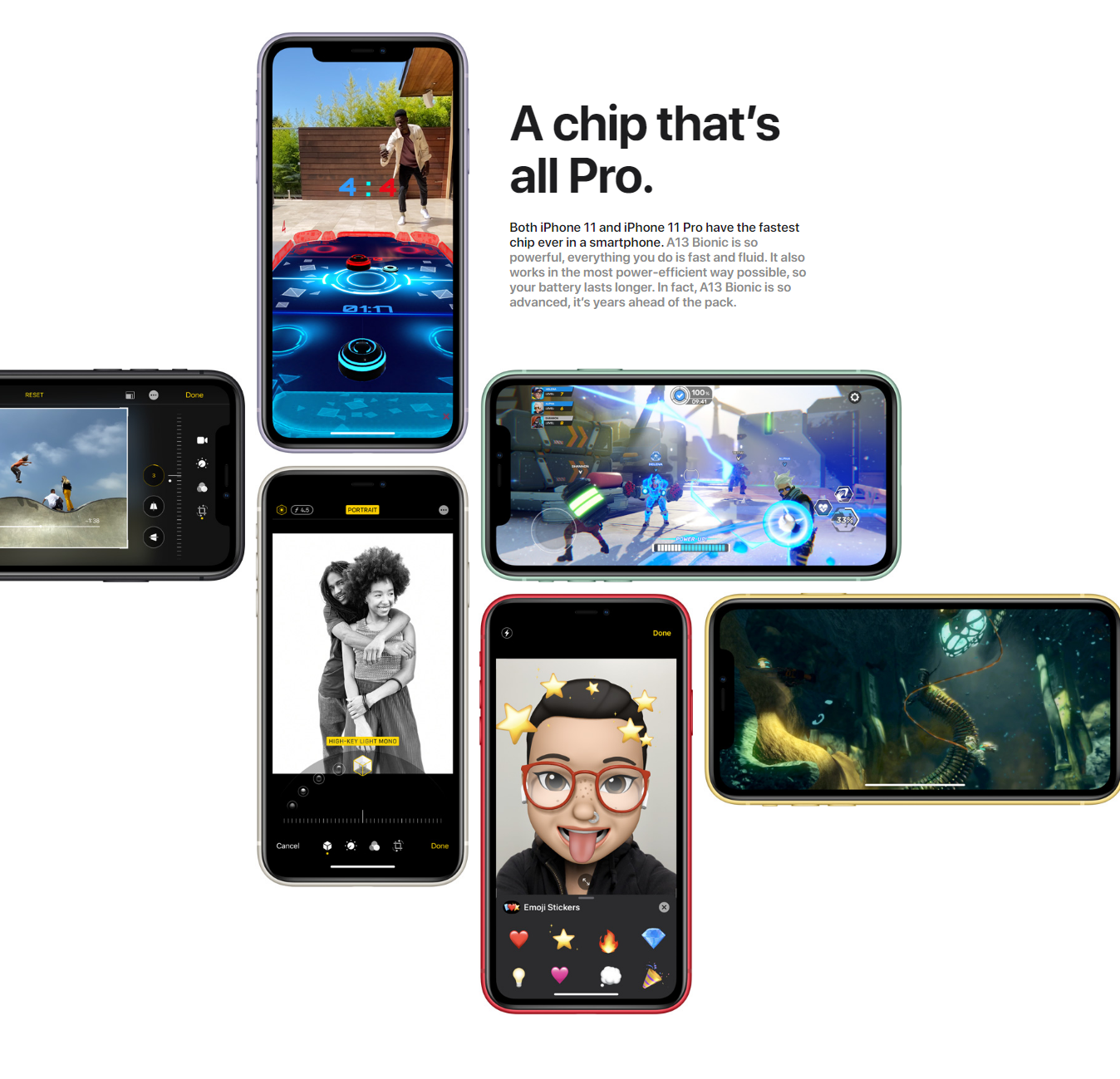 The second camera provides an extra depth data, it displays shots with better life-like portraits. This feature also works with the new High Key Light Mono Portrait Lighting mode, and it kind of leaves faulty corners of pictures a little conspicuous to the eye of a careful observer as a result of its white background. Despite that being pointed out, the cameras keep your central image well positioned in a sort of a quarantined manner, away from whatever else may be in the background, and what you get left with is a deeply resonating portrait as it should be.